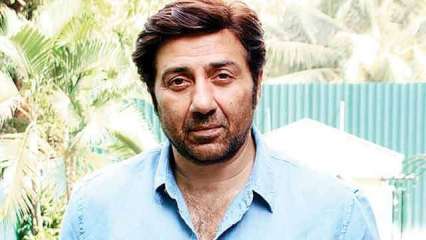 As per reports, actor-director and BJP’s Gurdaspur MP Sunny Deol has tested positive for novel coronavirus.

According to a Zee News report, on Tuesday the Himachal Pradesh health secretary confirmed the news of Sunny Deol testing COVID-19 positive. The actor, who was staying in Kullu district for the last few days, got himself tested before leaving for Mumbai and got to know that he had unfortunately tested positive for the virus that has plagued citizens across the globe and taken the lives of millions.

As per the report, the 64-year-old star was recovering from a shoulder injury at a farmhouse near Manali in Kullu district.

However, when his friends and he decided to leave for Mumbai and got themselves tested for the virus before making the move, the actor-MP tested positive for COVID.

For the uninitiated, Sunny Deol’s step-sister, Ahana Deol welcomed twin daughters a couple of days ago. She took to Instagram and shared the exciting news.

While posting the news with a pink background, she wrote, “We are blessed to announce the arrival of our twin girls, Astraia and Adea Vohra. Born on – 26 November 2020. Proud parents Ahana and Vaibhav Vohra. Excited Brother Darian Vohra. Overjoyed grandparents Pushpa and Vipin Vohra, Hema Malini and Dharmendra Deol.”

The second instalment of the film has been in the works for some time and now, the entire script is in place.

Keeping the essence and values of the first film, ‘Apne 2’ takes the original engaging story many notches higher in its action, drama, emotions, and entertainment with new characters being added in.

The makers will be shooting from March next year, in Punjab and Europe and the family entertaining sports drama is being readied for a grand release on Diwali 2021.

Speaking about the same, veteran actor Dharmendra said, “Apne is one of the best films of my life. A joint effort by the whole unit, received very well by you all. Now, I’m very happy because I will get to shoot Apne 2 with my entire family – my sons Sunny, Bobby, and my grandson Karan. It will be a very special film and I am looking forward to shoot.”