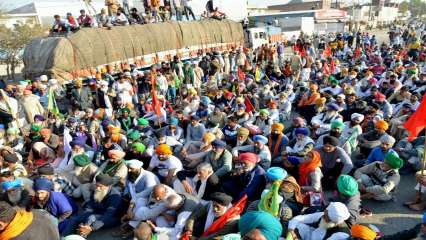 The ongoing farmers’ protest that began in September after the Centre passed the controversial agricultural laws has reached Delhi now. These protests are particularly led by the farmers’ unions of Punjab and Haryana with support from Rajasthan, Uttar Pradesh, and some other states. They are aimed at protecting the Minimum Support Price (MSP) regime and the Agricultural Produce Market Committee (APMC) mandis.

These protests arise from a particular set of laws but their demands go back a long time. Farmers of various states have protested at different points of time and demanded better remuneration for their produce and land reforms over many decades.

From Sir Chhotu Ram in the 1930s to Mahendra Singh Tikait in 1987-88 and the protests in 2020, these demands have something in common. The farmers want a price assurance policy that would protect their interests and save them from being exploited, be it by middlemen or big corporates.

Many parallels are being drawn of the ongoing protests with the movement led by farmer leader Tikait in 1987-88 when he brought together lakhs of farmers in Uttar Pradesh and laid siege in Meerut. Later, he held a week-long Panchayat at the Delhi Boat Club. What began as a protest against the power hike turned into a 35-point charter of demands, including cancellation of loans, higher prices for sugarcane, and waiver of electricity dues.

After the economic liberalisation, the agricultural scene changed in the country. Most of the demands though stayed the same.

What has changed primarily in this time is the state of Indian agriculture in the economy. If we locate the current protests in the history of farmers’ protests, the share of agriculture in the national economy has come down to 15 per cent from more than a half in the initial years after independence.

The other complexity arose from the Green Revolution and how it has led to a dependence on certain crops. A structural crisis already persists in agriculture. While the farmers were earlier dependent on the landlords, they are now dependent on market forces.

Also, rising indebtedness of farmers due to unpaid farm loans has led to many suicides in the last two decades. All of this paints a grim picture of the agricultural sector as well as the lives of farmers.

Some things have worked well for farmers, in particular, the MSP system for those growing crops like wheat and rice that get sold in the mandis. It gets them remunerative prices for their crops. In a state like Punjab, there is almost a 100 per cent government procurement at MSP for wheat and paddy.

In this backdrop, many promises have been made to the farmers for doubling their incomes by different governments. While the Swaminathan panel recommended an MSP 50 per cent more than the actual cost of farming to ensure that, the new laws are being seen by farmers to be headed towards the end or at least weakening of this price assurance guarantee. The dilution of the mandi system, they believe, would lead to a corporate takeover.

This common strand connects various other demands of the farmers.

In recent times, the farmers have simultaneously protested against land acquisitions by the state governments, for demanding farm loan waivers, and for exercising their right to till forest land in certain places. The remunerative price is one thing that many farmers want to safeguard through most of these protests.

Pfizer and BioNTech to offer COVID-19 vaccine to volunteers who got...