Tiger Shroff’s sister Krishna Shroff has been in the news ever since she broke up with her boyfriend Eban Hyams, right when news about their wedding was at the peak. She is now making headlines for giving it back to a troll who said that she ‘did something to her face’.

The troll straight up asked Krishna, “You did some with your face? Looks different.” The question came over a video that Krishna posted in which her lips looked enhanced. She said that it was nothing but make-up

“Dude, everyone thinks I have gotten something done cosmetically. It’s makeup. It’s called overlining the lips. You guys have been with b*tches that look different the night before you wake up with them,” commented Krishna.

Impressed by Shroff’s reply, the user also wrote back, “What an answer lol. Nicely done K.” She then shared a screenshot of the conversation. 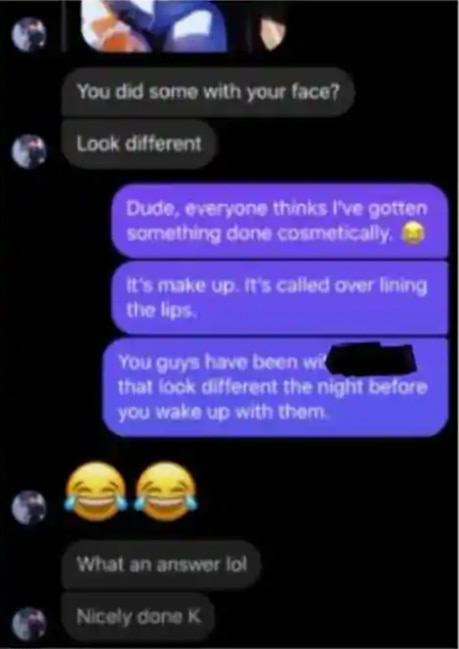 Apart from Eban Hyams, Krishna has been making headlines for her comments on Disha Patani and Tiger Shroff’s posts. For the uninformed, Disha and Tiger had spent their holidays in Maldives recently. Even though they never posted a picture together, their Instagram posts were quite similar to each other.

Tiger and Disha also indulged in PDA on the photo sharing platform more than often. Krishna, born to Jackie and Ayesha Shroff, would also leave some cute comments on Disha’s post. She is beleived to have found a good friend in Disha.

Krishna, who often turns her goofy self around Disha, had shared a photo of her in a new make-up look. The make-up was done by none other than Disha Patani who has adapted to the new skill especially during the COVID-19 lockdown.