Ira Khan, born to Bollywood actor Aamir Khan and his ex-wife Reena Datta, has shared that she is finally feeling nice to be home. For the uninformed, Ira had shifted to a new house back in July. She had called it ‘adulting’ while sharing photos that time.

Ira shared a no make-up or hair selfie from her house as an Instagram story. She called it a ‘nice feeling’ to be back home. Khan could be seen wearing a casual white t-shirt in the selfie.

“I shifted in July and I felt like it hadn’t really hit me that I had a new home… that I was living on my own. Today I came home and I was thinking “i’m home”. It’s a nice feeling,” she wrote alongside the image. 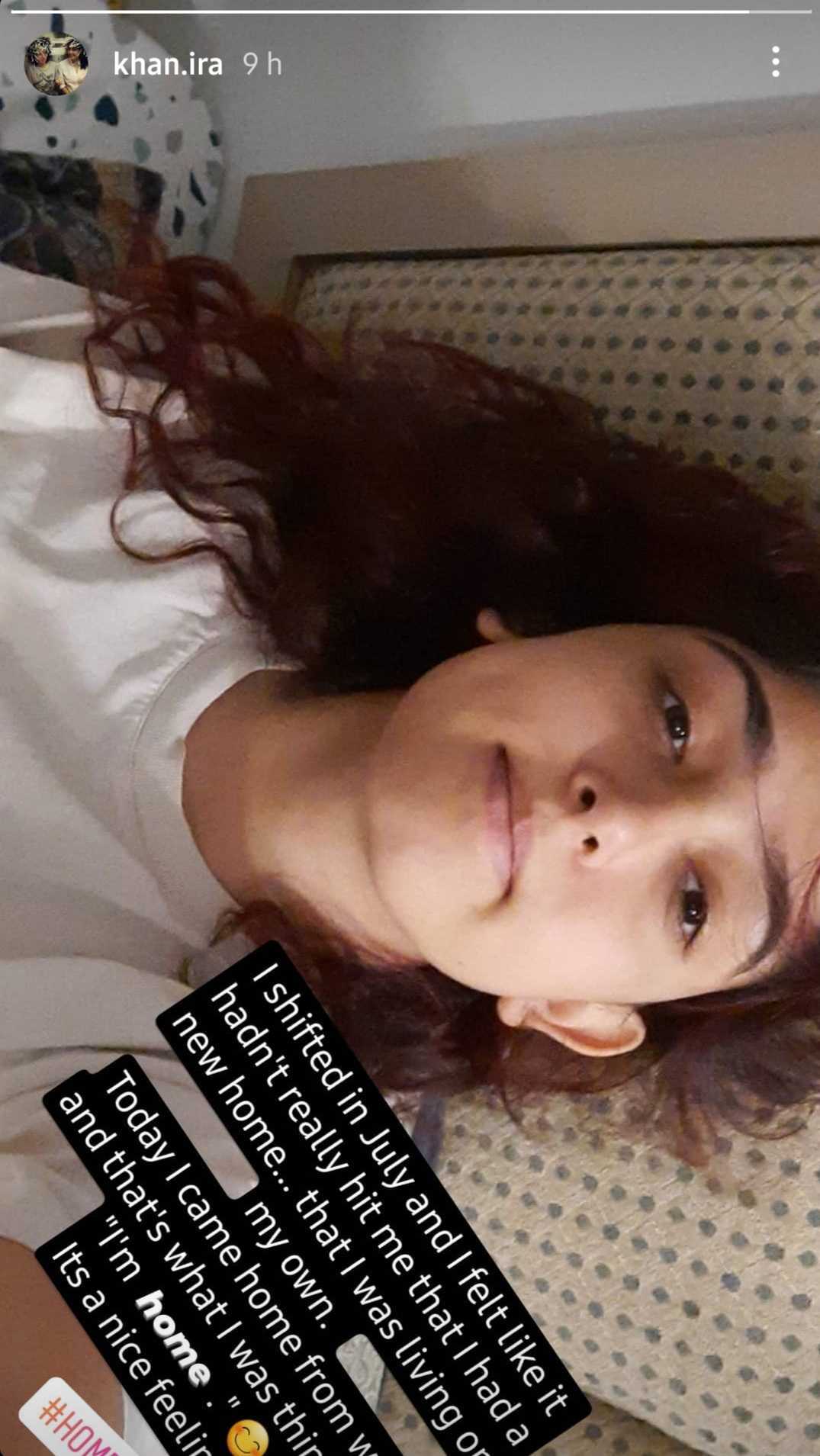 Ira recently made headlines for opening up about depression. She decided to help people out by sharing her story of dealing with depression through Instagram videos.

On World Mental Health Day, Ira had shared that she is clinically depressed. She later asked people to stop giving recommendations and let the experts handle the situation, while also stating that she is also getting treated for her depressed state.

Many people lauded Ira for coming out in the open and sharing her story. She had also hinted on the topic of people’s mentality towards the ‘daughter of a superstar’. Ira had shared that people think they have-it-all, but are often misunderstood.

In the midst of her coming out, Ira had also stepped out in Mumbai with her father Aamir Khan. They had gone to watch Manoj Bajpayee-Diljit Dosanjh-Fatima Sana Shaikh starring film ‘Suraj Pe Mangal Bhari’, which was the first Bollywood movie to release in theatres since COVID-19. For the uninformed, the theatres currently have 50% occupancy.