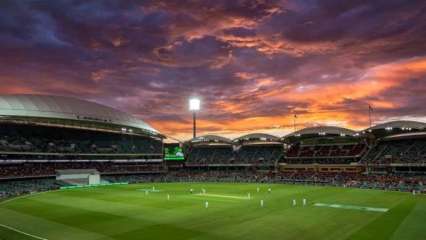 Cricket Australia (CA) Chief Excecutive Officer (CEO) Nick Hockley confirmed on Tuesday that the first test match between Australia and India will go on as per schedule, starting December 17.

This comes after there were doubts on Adelaide staying as the venue for the lone day-night test when a COVID-19 cluster was identified in the city earlier this month.

Due to which, a few of the players from Australia’s squad were taken out of the city and it forced some changes in their squad as well.

The state’s public health officer had also expressed his doubts over hosting the match in the city after the sudden outbreak, which resulted in another lockdown. However, the lockdown restrictions had been lifteda few days ago.

“You are aware that there was a small, contained cluster of Covid cases last week. We have been working very closely with the South Australian government and at this stage, we have been given assurances that it has been contained,” Nick Hockley said in a virtual media conference.

“The lockdown that they were under finished last Saturday. So at this stage, all assistance goes for the Adelaide Test. We are confident that it will go ahead as scheduled.”

Talking about the less amount of cases in all of Australia, Hockley said, “”We have been lucky that the cases have been very low in Australia. Community transmission has been limited. We worked very hard with the health authorities and with each host city in Australia and worked together with the best possible conditions that include over the last number of days of quarantine, full training, center-wicket practice, outdoor gym for both Indian and the Australian players returning from IPL.”

“Obviously, the safety of both participants in the community is our absolute number one priority. But we are working closely with the BCCI to make sure that we are providing absolutely the best possible conditions for both training and playing and also accommodation throughout the course of the tour,” he added.

Volunteers ready for second dose of Covaxin in human trials