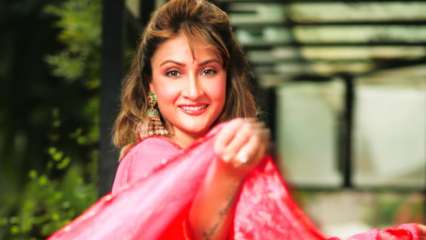 November 21, 2020, is observed as World Television Day. Describing the day, United Nations stated, “Television continues to be the single largest source of video consumption. Though screen sizes have changed, and people create, post, stream and consume content on different platforms, the number of households with television sets around the world continues to rise. The interaction between emerging and traditional forms of broadcast creates a great opportunity to raise awareness about the important issues facing our communities and our planet.”

DNA exclusively got a chance to talk to Urvashi Dholakia who has been a part of the television industry since the 90s. The actor shot to fame at a very young age with her role in the 1993 show Dekh Bhai Dekh. Since then there was no turning back for her. Urvashi has been a part of several hit television shows namely Ghar Ek Mandir, Kabhii Sautan Kabhii Sahelii, Kasautii Zindagii Kay, Chandrakanta — Ek Mayavi Prem Gaatha to name a few. She also became a winner of Bigg Boss 6 and also participated in Nach Baliye 9.

While talking to DNA, Urvashi spoke at length about her views on why she feels television will always be the most prefered medium of entertainment. The actor stated, “I have seen immense growth in the world of Indian television over the years. Television is truly the ‘baap’ of entertainment, and will always be! Even though the OTT space is growing widely right now, it is mainly available for a certain section of people who have that kind of access to OTT devices, but television is universal and something which is accessible to people all over, including those in tier two and tier three cities as well as the remote villages.”

Talking about different kinds of content on TV, Dholakia went on to share, “While there have also been major experimentation with the content on television from various genres like family dramas, comedy, supernatural elements, youth shows and so much more, all of this has managed to strike a chord with the viewers over the years because content across these beats has managed to make a connect due to its strong relatability factor! Many of the aspects like joint families in family soaps, college romances in youth shows, lighthearted fun in the comedy space and even superstitious beliefs in Naagdevtas and Naagins coming down from old age traditions, are all covered on television through the various shows, making it viewable for people from all walks of life, as there is something for each one of them to see.”

Urvashi concluded by talking about the reliability content on television. She said, “Television also rides high on emotions, values, traditions and has embedded in much of our cultural aspect as well into its content, which again creates high connectivity and relatability for people watching those shows. It is indeed a medium which will never die down irrespective of whatever else comes up, as it is longstanding, consistent and one of the oldest and most reliable sources of entertainment.”