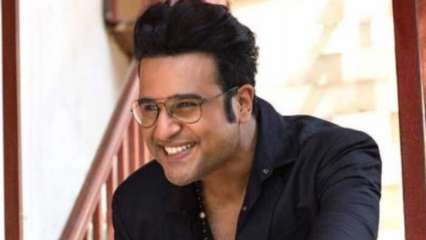 The rift and cold war between actor Krushna Abhishek and his ‘mama’ Govinda are out in the open for long now. But it seems like the fight is only getting uglier with both not wanting to face one another under any circumstances.

Recently, Krushna even refused to appear on The Kapil Sharma Show since ‘mama’ Govinda was to make an appearance on it as a guest for Diwali special episode.

Opening up on the same and speaking his heart out as to why he chose to drop out of the episode, Krushna told SpotboyE in an exclusive chat, “Yes, I refused to do the episode featuring my Mama Govinda, as there are some differences between us, and I didn’t want any of our issues to affect the show. For comedy to be effective you need to work in a warm friendly atmosphere. Laughter can only be generated in the midst of good relations.”

He further added, “I love Govinda mama a lot. And I know he loves me as much. Which is why he has the right to be upset with me. And I love him too much to face him now when things are the way they are between us. I wouldn’t able to stop my tears. So, it’s best not to do the episode. I’ve been very close to him. I’ve stayed at his home with him and his family. Jitna hi pyaar hai, utni hi duree ho gayee hai (Despite our love, there is this distance between us).”

It was after their major fallout in 2018 over a social media post by Krushna’s wife Kashmera talking about ‘people who dance for money’, which was apparently ‘misunderstood’ by Govinda’s wife Sunita as being directed to her and the widely popular actor, that the two families never looked each other in the eye.

And so, when Govinda was to make a special appearance on the popular ‘The Kapil Sharma Show’,  it was evident that Krushna wasn’t going to be a part of it.

As a result of Krushna’s action refusing to share the stage with his mama, when the show went on air on November 15, Govinda did not miss the chance to take an indirect dig at his nephew.

Govinda, who was in a jolly mood throughout the show, took a sly dig at Krushna when ‘Chandu Chaiwala’ aka Chandan Prabhakar and Sumona Chakravarti aka ‘Bhoori’ were performing their act on the show.

After host Kapil Sharma introduced the tow of them as ‘kaamchor’ artists, Chandu went on to tell Govinda that he pushed Kapil and brought him to Mumbai from Amritsar and it’s amazing to see him have his own show now. While all of this was being said in a fun banter between all the artists present on stage, Govinda suddenly gave a witty response to Chandu. Reacting to Chandu’s statement that he helped Kapil get work in a way, Govinda said, “Aur tujhe bhale hi yeh kaam de na de, tere bhaanje ko zarur dega (He might or might not give work to you, but he will certainly give work to your nephew.”

Although Govinda didn’t take Krushna’s name in any way, it was evident that he was talking about him.

Earlier, speaking about the episode with Govinda, Krushna told Bombay Times, “I learned about Chi Chi mama coming on the show around 10 days ago. Since Sunita mami wasn’t accompanying him, the team thought that I would have no qualms performing. However, the incident has left a bad taste in my mouth. Last year, she didn’t want me to perform in front of them, but this time, I had reservations.”

He further added, “I had a strong relationship with mama, and the enmity has affected me badly. When the relationship between two people is strained, it’s difficult to perform comedy. Besides, mama might take offence to my jokes. Achhi comedy ke liye set ka mahaul achha hona chahiye (good comedy needs conducive environment). I can vouch that it would have been like a house on fire even if I had performed as Krushna and not Sapna (the character he portrays on the show) with mama. I could have paid tribute to him on the show.”

Vikas Gupta thrown out from Salman Khan’s show after misbehaviour with...