The Kapil Sharma Show’s host Kapil Sharma is all set to welcome a new member to the family with his wife Ginni Chatrath.

The comedian-turned-host is going to be a father soon. Though there has been no official announcement from the couple, however, we spotted Ginni in Bharti Singh’s Karva Chauth video hiding her heavy bump under her purple dupatta.

Recently, on Karwa Chauth, Kapil’s close friend Bharti had gone live on Instagram and at the end of the video, we saw a glimpse of Ginni with a baby bump. Bharti, Ginni, and few others were celebrating Karwa Chauth together. Even during the Diwali pictures, Ginni could be seen hiding her baby bump behind a chair.

Check out the viral photos of Ginni’s baby bump here. 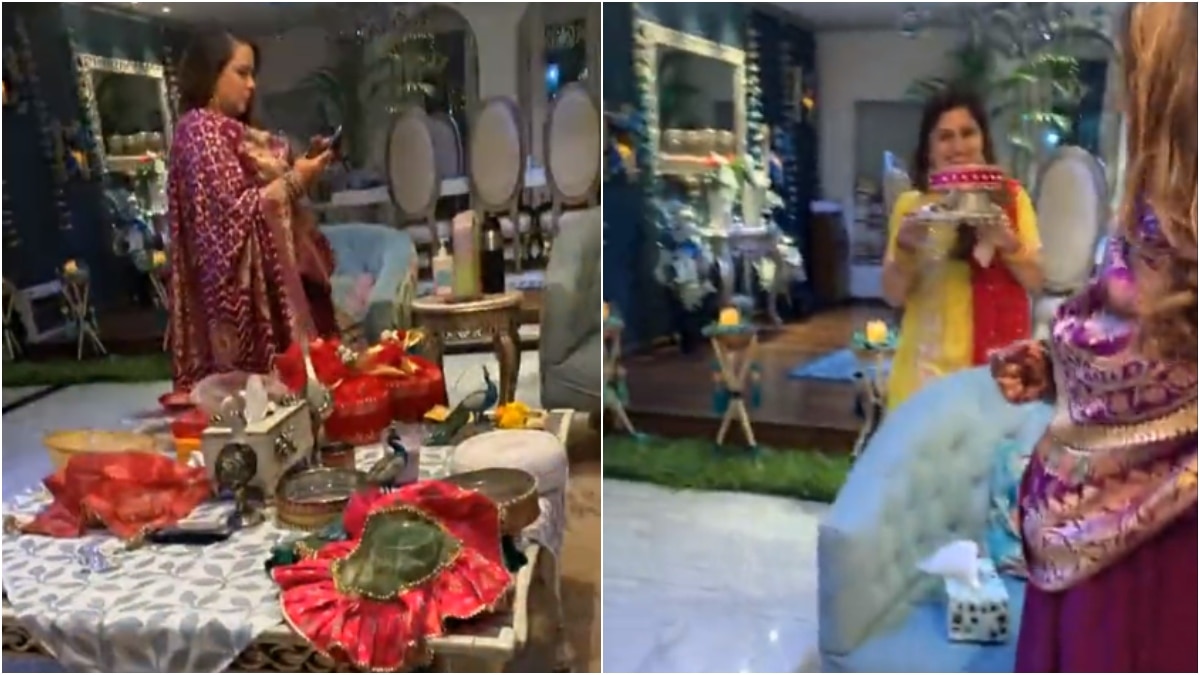 Kapil Sharma, Anayra, his wife Ginni Chatrath, and mother Janak Rani were all colour co-ordinated in black for Diwali.

For the uninformed, this will be Kapil and Ginni’s second child as they are already parents to an adorable daughter Anayra, who is going to turn a year old next month on December 10. Kapil and Ginni will also be celebrating their second wedding anniversary on December 12.

On the work front, after seeing his own shares of ups and downs, Kapil Sharma and his show have once again been accepted by the audiences. The show, produced by Salman Khan, has brought in various celebrity guests with every new episode.

Sidharth Malhotra, Kiara Advani soak up the sun on hammock in...