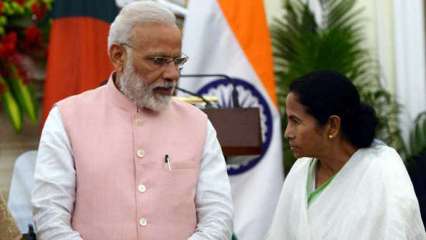 West Bengal Chief Minister Mamata Banerjee on Wednesday asked Prime Minister Narendra Modi to declare January 23 as a national holiday on the occasion of Netaji Subhas Chandra Bose’s birthday. In a letter to PM Modi, she also requested the Central Government to take decisive steps to find out what happened to Netaji’s mysterious disappearance.

“The birthday of Netaji is celebrated every year all over the country with great dignity and reverence. You may kindly recall that over a long time, we have been requesting the Central Government to declare Netaji’s birthday as a National Holiday. However, this has not materialised so far,” she wrote in the letter.

“In order to truly pay respect to our great leader and a National Hero, we would reiterate our request that 23rd January be declared a National Holiday. Perhaps. on the occasion of the ensuing initiation of the celebration of the 125th birth anniversary of Netaji, this would be a very appropriate recognition to the National Leader, who is an epitome of determination, courage, leadership, unity and love for motherland,” she added.

Her letter also read, “You are well aware that 125th Birth Anniversary of Netaji Subhas Chandra Bose will be celebrated on 23rd January… Netaji, one of the Greatest Sons of Bengal. is a National Hero, a National Leader and an icon of India’s freedom movement against the British Rule. He is an inspiration across all generations. Under his untiring leadership, thousands of valiant soldiers of the Indian National Army made supreme sacrifice for the motherland.”

The CM said, “Moreover, you are also aware of the mystery surrounding the disappearance of Netaji. People of the country and especially of Bengal, have the right to know the truth about this matter. West Bengal Government has already declassified and placed in public domain many files relating to Netaji on this issue. In the past, on several occasions, we had requested the Central Government to take further appropriate steps to give a conclusive picture to this matter.”

“We would once again request the Central Government to take decisive steps to find out what happened to Netaji and place the matter in public domain so that people get to know what finally happened to the great leader,” she added.

“Netaji Subhas Chandra Bose has a special place in our heads. I would like to request for your kind personal intervention to see that the Central Government declares 23rd January, Netaji’s’ birthday, a National Holiday, and also takes appropriate steps to give a conclusive position to the issue relating to the disappearance of Netaji and unravel the truth by giving the people of the country and abroad the much-awaited opportunity to know what happened to their great leader-their inspiration and their passion,” CM Banerjee added.

All eyes on Finance Minister Nirmala Sitharaman as she tries to...