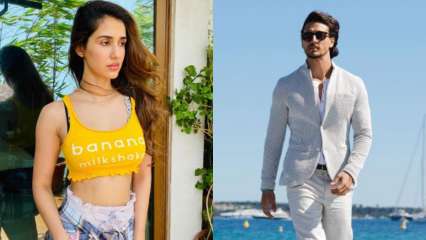 Bollywood actor Tiger Shroff, who made his film debut with the 2014 action film Heropanti, is making the best of his time in the island country of the Maldives.

The ‘Baaghi’ star, who knows a staggering number of fighting styles including Kalaripayattu, Kung Fu, Krav Maga, Pencak Silat and is well-known for his dance skills, flexibility, and flawless gymnastic acts, on November 14 shared a video on his verified Instagram page doing the perfect backflip into the deep blue ocean in the Maldives. Playing in the background was his chartbuster ‘Unbelievable’.

Reacting to the video that Tiger shared, rumoured girlfriend Disha Patani, who is accompanying him at the picturesque location, left several clapping emojis and a heart-eyed emoji, appreciating the actor’s fantabulous backflip.

Earlier, giving fans a glimpse of his vacay in the Maldives, Tiger on Thursday dropped a gorgeous shirtless picture showcasing his chiselled physique on social media.

The ‘War’ actor posted an appealing picture on Instagram in which he was seen sporting yellow hot pants in the swimming pool. The actor looked handsome as he showcased his six-pack abs and the perfectly toned body. Enjoying his vacay at the exotic location, the ‘Baaghi’ star sported chunky sunglasses. The backdrop in the picture features the actor’s holiday stay, which is surrounded by palm trees under a clear blue sky.

Of late, the actor has been updating fans about his activities by posting pictures and videos.

Disha Patani too, who is currently in the Maldives, has been sharing some steamy photos from her vacay.

Earlier this week, Tiger Shroff unveiled a power-packed poster of his forthcoming action-thriller ‘Ganapath’. The actor will be revisiting his tough and rugged avatar for the action film set in a post-pandemic dystopian era. Directed by Vikas Bahl, the film is expected to go on floors by mid-2021.

Meanwhile, Tiger will soon start working on the action drama “Baaghi 4”, as well as the sequel to his debut film, “Heropanti”. He will be shooting across 25 countries in all for the two films. The shooting of “Heropanti 2” is expected to start in December.

“Baaghi 4” will be directed by choreographer-filmmaker Ahmed Khan, who earlier helmed “Baaghi” and “Baaghi 3”.