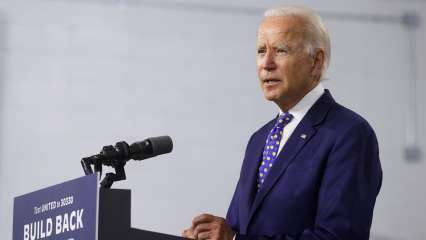 While counting is still underway in the US Presidential Elections 2020, Democratic nominee Joe Biden is emerging as the winner and is likely to be the next President of the country. Along with a majority of Americans, Pakistan is also wishing for Biden’s win. Here’s why.

In the last four years, Pakistan had a lot of troubles with the Donald Trump administration due to his straightforward attitude.

On the other hand, Biden is an old diplomat and has cordial relations with Pakistan. This is the reason Pakitan is wishing for Biden’s victory. Pakistani analysts are of the view that Biden will return the old era of diplomacy between the two countries.

In 2008, Pakistan conferred Biden with the second-highest civilian honour, ‘Hilal-e-Pakistan’. Joe Biden and Senator Richard Lugar were behind the proposal to bring $ 1.5 billion non-military aid to Pakistan. Along with Biden, Lugar too was awarded the ‘Hilal-e-Pakistan’.

The then President of Pakistan, Asif Ali Zardari, had thanked the two for “consistently supporting Pakistan”.

Notably, relations between the US and Pakistan have deteriorated during Trump’s tenure as President due to his not-so-diplomatic approach, making him unpopular in Pakistan. US President Donald Trump has repeatedly lashed out at Pakistan on several public forums.

He has already enacted several laws regarding citizens coming from Muslim countries. Therefore, Pakistan wants Trump to move out of the White House.

Another incident that favoured Pakistan is that Joe Biden had come out in support of Kashmiris and had compared the plight of Muslims in Kashmir with that of Rohingyas in Bangladesh and Uygar Muslims in China.

In a statement published on June 2020, around 10 months after India revoked Article 370 of the constitution, Biden had asked New Delhi to restore the rights of the Kashmiris.

“In Kashmir, the Indian government should take all necessary steps to restore rights for all the people of Kashmir. Restrictions on dissent, such as preventing peaceful protests or shutting or slowing down the Internet, weaken democracy,” the statement read.

Pakistani experts are hoping that during Biden’s tenure, relations between Pakistan and America will be better than today. Relations between the two countries may get a new dimension if Biden assumes office, the experts believe.