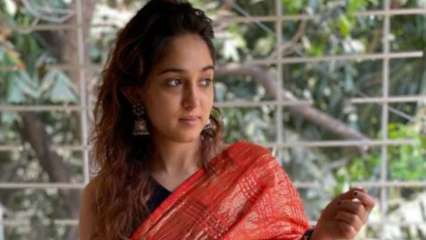 On Tuesday, actor Aamir Khan’s daughter, Ira Khan, in the latest video shared on her verified Instagram handle said she isn’t really looking for advice from the videos she is putting up on her social media handle and nor is she looking for help as to how she must handle her depression.

Ira, who recently revealed that she has been clinically depressed for a couple of years now, was speaking about her decision to make informative videos for her friends and followers with the talking point in it being around depression.

Ira mentioned that the whole idea of creating the videos was to share her ‘own story’ of how she has been dealing with depression and the mistakes she committed so that people can take a cue from it, take some life lessons and not repeat the mistakes she committed in the past. She also added that she wanted to create a ‘safe space’ for everyone to have a discussion and ask questions.

“I am not really looking for advice from these videos. I am not looking for help as to how to handle my depression. I have my doctors and lots of people I am talking to and I am sort of handling that as best as I can,” said Ira in the video.

“I am putting up these videos because is want to have a discussion with you. I find that my thoughts and views on these things are shaped and based on the experiences that I’ve had, what I have lived through and what I have seen in my life,” Ira continued.

Ira added, “When you have a discussion with people, whether you agree or you don’t agree with them, whether they change your mind or they don’t change your mind, whether you change their mind, what happens is that you’re sort of forced to track back and chase back and figure out why you have your own opinions and ideas. And, I find that it is something really important to do from time to time to reevaluate why you think what you think about the things that you do. SO, this is the reason why I want to have this discussion.”

Talking about how she doesn’t get bothered by what people say, Ira stated in her video, “I feel like I don’t really get bothered by what people say in the sense that from before and now after my depression I sort of give people the benefit of the doubt. A lot of people say things that they don’t mean, sometimes because they don’t know and I find that only when you create a safe space for people to ask the questions that they want to ask, to contradict you when you say something, to see why you are saying what you are saying and for them to say why they are saying what they are saying, is when you get somewhere.”

Towards the end of her video, while promising that she will try and read everyone’s comments and wants to make an attempt to create a safe space for all to ask their questions and discuss things, Ira said, “So, I want to be not defensive about questions or opinions or things that you might have to say about the different topics that I will bring up eventually.”

Ira captioned the post,”Thank you for all the encouraging comments but let’s discuss. Tell me what you agree with, what you disagree with, what your opinions are. As long as you aren’t trying to hurt someone, let’s ask the inaskable, the weird, the uncomfortable or the obvious. No judgement.”

Days ago, in one of her Instagram videos, Ira revealed that she was sexually abused when she was just 14. In the video, she recalled being abused at the age of 14 and reaching out to her parents, Aamir Khan and Reena Dutta, for help soon after.

Ira spoke about the abuse by someone she ‘kind of knew’. “When I was 14, I was sexually abused. That was a slightly odd situation in the sense that I didn’t know whether the person knew what they were doing. I sort of knew them. It wasn’t happening every day. It took me about a year to be sure that they knew what they were doing,” she was heard saying in the video.

Khan then mentioned she got out of the situation by seeking help from her parents. “I immediately wrote to my parents an email and got myself out of that situation. Once I was out of the situation, I didn’t feel bad anymore. I wasn’t scared. I felt like this wasn’t happening to me anymore, and it is over. I moved on and let go,” she said.

On October 10, in a video about World Mental Health Day, Ira revealed that she was clinically depressed for the last four years and mentioned that she had decided to create a conversation around the topic with the help of Instagram videos.

Ira started her video saying, “Hi, I’m depressed. I have been for more than four years now. I’ve been to a doctor and I’m clinically depressed. I’m doing much better now. For over a year now, I wanted to do something for mental health, but I wasn’t sure what to do.”

Continuing with the thought of starting a dialogue among her followers, Ira further shared, “I have decided to take you on a journey – my journey – and see what happens.”

“Hopefully, we’ll get to know ourselves and understand mental illness slightly better,” Ira said in her video.