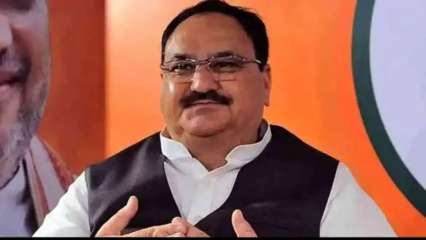 In the midst of Bihar Assembly election 2020, BJP President JP Nadda spoke exclusively to Sudhir Chaudhary, the Editor-in-Chief of Zee News on several issues including the Bihar elections and Pakistan minister admitting to the Pulwama attack.

The Bihar Assembly election has already created a lot of stir and with just two days to go for the second phase polling, there have been speculations of a tough fight being given by the Rashtriya Janata Dal (RJD) to the BJP and its alliance partner JD (U). When asked about how does the BJP view this, the BJP president JP Nadda brushed aside all speculations and said that the people of Bihar are for development and there is strong support for Narendra Modi and Nitish Kumar who have thrived hard for the upliftment of Bihar.

He further said that there is a strong support base for both the leaders and that Bihar will never vote for ‘Jungle Raj’. He hailed the development work done in the field of road connectivity, education and health and said that these will be the parameters for voting in Bihar.

On talking about the huge crowd turn out at the rallies of Tejashwi Yadav of RJD, the BJP President said that it was during the initial period of the rallies but now the support base has shrunk as people know that his promises are hollow.

Nadda also spoke about the politics of caste in Bihar. He said that RJD always played politics of caste and it is only the BJP and its alliance leader Nitish Kumar that talked about social engineering, which means taking each and every section of the society together on the path of development.

Talking further on the Lok Janshakti Party (LJP) breaking away from the NDA alliance in Bihar and the repercussions it would have on the votes, the BJP president said that once the LJP decided to break away it was clear that the BJP would not entertain the LJP in any which way. The confusion was cleared when the BJP made a statement clearly distancing itself from the LJP. It also made it clear that the pictures of the prime minister or any other BJP leaders can not be used for the poll purpose by Chirag. He also said that BJP is a cadre driven party and therefore orders are taken seriously by the members.

When asked if Chirag Paswan is being a little too ambitious, Nadda said that he was advised but he chose to make his own decisions. His experience of politics is different from his father Ramvilas Paswan.

Talking further he said that BJP is not playing a second fiddle to JD(U) in Bihar. It is rather on equal footing which was clear by the seat distribution between both the parties. He also said that in Maharashtra the situation was different and they had projected Devendra Phadnavis as the Chief Minister candidate but the Shiv Sena backtracked and greed crept in due to which BJP had to break the alliance.

The 2019 Pulwama attack has also reverberated in the Bihar assembly election, especially after a Pakistani minister admitted in the country’s assembly of Pakistan’s hand in the terror attack in which 40 CRPF jawans were killed.

Nadda said it is the Congress party that brings up issues like Pakistan and article 370, the BJP merely responds to the allegations. He also highlighted how Congres leaders Shashi Tharoor and Mani Shankar Aiyar go to Pakistan and demean India in their speeches.

The BJP president also took a dig at Rahul Gandhi by urging the Congress party to bring more understanding people to the fore.