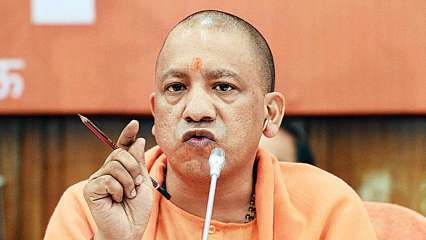 Uttar Pradesh Chief Minister Yogi Adityanath on Saturday said that the state government will bring in a law to curb ‘love jihad’. Yogi’s statement is in reference to the Allahabad High Court’s decision, which observes that conversion just for the sake of marriage is not valid.

“The Allahabad HC has said that religious conversion isn’t necessary for marriage. Government will also work to curb ‘love jihad’ and we will make a law. I warn those who conceal identity and disrespect our women that if you don’t mend your ways, your ‘Ram naam satya’ (chants during funeral) journey will begin,” Adityanath said.

#WATCH Allahabad HC said religious conversion isn’t necessary for marriage. Govt will also work to curb ‘Love-Jihad’, we’ll make a law. I warn those who conceal identity & play with our sisters’ respect, if you don’t mend your ways your ‘Ram naam satya’ journey will begin: UP CM pic.twitter.com/7Ddhz15inS

In a recent judgement on a petition filed by a married couple, the Allahabad High Court has observed that conversion just for the purpose of marriage is unacceptable. Priyanshi alias Samreen and her partner had in their writ petition, filed in Allahabad HC, seeked directions to police and the girl’s father not to interfere in their married life.

Dismissing the petition filed by the married couple, HC said, “The court has found the first petitioner (the woman) has converted her religion on June 29, 2020 and solemnised marriage on July 31, which clearly reveals the conversation has taken place only for the purpose of marriage.’

The court made the comments after finding that the petitioner, a Muslim woman had converted to Hinduism and within a month later married a Hindu boy as per Hindu rituals.

In the petition, the couple had stated that they had married in July this year, but the girl’s family members were interfering in their married life.